As a national humane organization of prominence, The Humane Society of the United States felt compelled to launch an objective study of its own to gather facts about rodeo and the possible abuses to the animals involved during performances and behind the scenes. The president and board of H.S.U.S. felt that the facts should be gathered, as unprejudicially as possible, so the truth could have an unveiling and the public be informed of the realities of rodeo.

Special Report on Abuses in the Pet Industry

The pet industry is creating maximum danger for animals and minimal satisfaction for customers. The problem is not just the pet shop but the entire system that has been developed to supply it. None of.the major dog breeding states has laws governing breeding operations. There are even fewer laws governing pet shops.

Special Report on Teaching Children to Be Kind

While recognizing the need to continue alleviating suffering wherever it exists, The Humane Society has taken the offensive to teach children and youth the appropriateness and value of kindness and respect for all living creatures. HSUS's experience has demonstrated that attitudes of adults are extremely difficult to change. It is the children and youth of the nation that offer the greatest potential for having positive, unprejudiced attitudes. And it is here that HSUS has chosen to direct a large part of its efforts and resources.

Special Report on the Cruelties Involved in Wild Animal Trapping

Great numbers of Americans who buy and wear the furs of wild animals are unaware of the enormous cruelty and suffering that goes into producing them.

Special Report on the Use of Animals in School Science Projects

When 28 students are rewarded in national competition for projects that caused pain to animals, it is clear that humanitarians still have a great deal of work ahead of them.

The Humane Society of the United States has taken the lead for the past 3 1/2 years in reforming American zoos. HSUS has awakened Americans to the fact that wild animals have been caged inhumanely for many decades in the nation's zoos and that major and drastic actions are necessary to correct these problems. While HSUS has continued to insist that no wild animal should be exploited simply to create an attraction or exhibit, such is not the state of the world as it exists today. Consequently, HSUS is determined to do everything in its power to alleviate the suffering of wild animals now in confinement.

Special Report: HSUS is a Voice for Animals in Nation's Capital

Power is the name of the game in Washington, D.C. Powerful voices representing every shade of opinion on nearly every subject are seeking constant attention from our lawmakers and civil servants. The Humane Society of the United States is · likewise working and speaking for the millions of Americans who care about animals. HSUS is investigating federal agency animal management programs; testifying on Capitol Hill; providing expert advice to legislative committees and congressmen; taking legal action in federal courts; serving on advisory committees; and monitoring legislative, regulatory, and legal affairs having to do with animals. 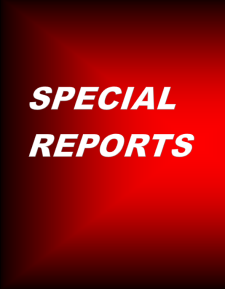