No animal advocate was more dedicated or devoted

HSUS aces one for the animals; 1993 is "The Year of the Cat"; Branch receives alternatives award

Struggle and Triumph in Andrew's Wake

From Mankind to EarthKind

The U.S. Role in Saving the Global Environment

In the following excerpt from his book Earth in the Balance, Vice President-elect Gore describes what he believes should be components of the U.S. role in this "Global Marshall Plan"--a "new global economics." Then he describes what happened at the Earth Summit and where we all go from here. 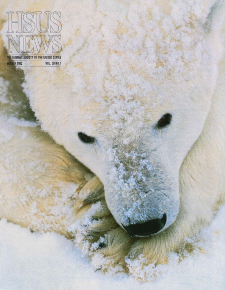