An HSUS investigator found several violations of the federal Animal Welfare Act while inspecting the Maryland laboratory where the Army conducts chemical tests on beagles and other animals.

Frank J. McMahon, 48, chief investigator for The Humane Society of the United States, died on July 1 after suffering a series of strokes over the past 6 months. 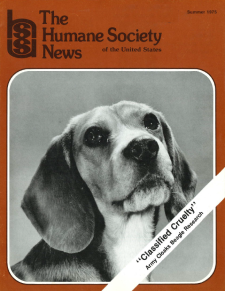